Since 1748, Methodist Schools have been providing high quality, rounded and caring education, open to children of all faiths and none. Methodist schools educate in total 22.000 pupils in 80 schools. Of these 9,000 are in 14 Methodist independent schools as boarding or day pupils.

Culford is an independent boarding and day school for over 670 children aged 3 to 18, set in 480 acres of beautiful Suffolk parkland, with an 18th century mansion at its centre and three separate schools: the Pre-Prep & Nursery (ages 2¾ to 7); the Prep (ages 7 to 13); and the Senior School (ages 13 to 18).

The Leys is one of England’s premier independent schools. Established in 1875, the School offers a blend of traditional values and a forward-looking approach to education. The Leys benefits from its setting on a leafy 50 acre campus right in the heart of the culturally iconic city of Cambridge. 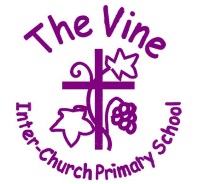 The Vine Inter-Church Primary School serves the new and growing community of Cambourne. The Vine is a school with a Christian character but one in which all faiths are valued and all people encouraged.

The school’s ethos is to preserve and develop its religious character according to the principles of the Church of England and the Methodist Church and to serve its community by providing an education of the highest quality within the context of Christian belief and practice. It encourages an understanding of the meaning and significance of faith, and promotes Christian values through the experience it offers to all its pupils.

The calling of the Methodist Church is to respond to the gospel of God’s love in Christ and to live out its discipleship in worship and mission.

The Church exists to help people to grow and learn as Christians, through mutual support and care.

The link below is to the Education page on the Methodist Website.

Through this page you will be able to find information on:-

The Church exists to be a good neighbour to people in need and to challenge injustice.

(Please contact Alison Travis/The District Office only for matters that relate to the Methodist District. For Local Church or Circuit matters please contact the people on the individual Circuit and Church pages.)

Our Privacy Notice can be found by clicking here.

About The Methodist Church

Vision and Values of the Methodist Church

What is distinctive about Methodism?

The Structure of the Methodist Church

The Doctrine of the Methodist Church

The History of the Methodist Church

Prayer for the Day